The first project that we did in Applied math was called the Knockoff Project. This was a brand new project meant to utilize the 21st century classroom and the Project Based Learning initiative that this class is now based on. The drive behind the project was to design a “knockoff” phone that improved on the design of their current phone.

They had to do the following:

Some results from some of the groups:

This is an iPhone that has a slide out keyboard:

This is their clay model: 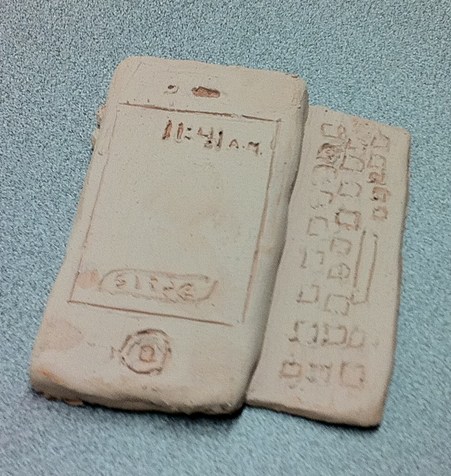 The presentations went pretty good for the first time of the year. Lots of places for improvement, but they are at a good place at the start.

Changes for next time.

I’ll think of more as time goes by.

Despite most people choose the middle choice in any survey, the balance on both sides indicates the difficulty level is good.

What could be changed for next time?

Anything you want to get off your chest?

Any ideas for future projects?

Responses were a bit everywhere, but I got good feedback. Happy with the results. But I now know what needs to improve for next time.

One Response to Knockoff Project: The Aftermath