So the guys who made the glif with much success, are now introducing another product on kickstarter.

The Cosmonaut. Its a wide-grip capacitive stylus for tablets. 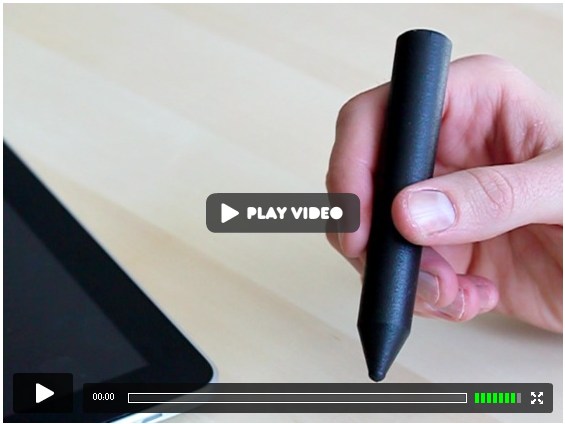 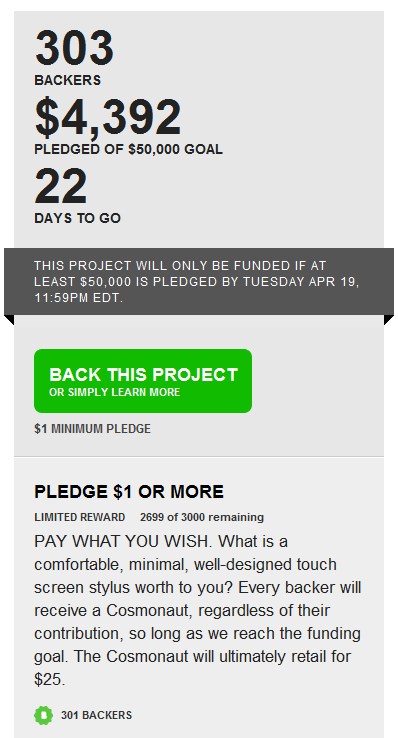 Currently the average price is: $4,392/303 = $14.50. So people have to start increasing what they offer otherwise the final amount won’t be enough.

Sidenote, as a irrational person, I offered $16.67. A rational human would pay $1 and screw over everyone else. Oh well, lets see how rational people will be.

Update 2: 3/30/11 This is from an email from the guys who put up the auction:
“This has ended up being a fascinating case study in game theory. We are looking forward to analyzing the backer breakdown and seeing how the pledge amounts were distributed. As of this writing, the pledge average came to $14.85, just shy of the $16.67 we needed to reach the goal.

So, we have decided to add two more tiers, which are both unlimited. One for $25, which will get you a Cosmonaut, and another for $50, which will get you 2. You are of course more buy tadalafil UK reviews than welcome to switch to either of those tiers if you so choose, but there is no need to. All current backers will be getting Cosmonauts. The advantage you all gained by being one of the first backers is you could set your own price, and will still be able to do so up until the campaign ends.”

This entry was posted in interesting stuff and tagged #wcydwt, calculate this. Bookmark the permalink.