From @joshgiesbrecht , fantastic web app from Google. Blockly is a web-based programming environment that allows you to export the code as Python, Javascript, Dart (anyone outside of google use this??), or XML (wow ugly code).

Blockly was just released a couple of days ago so it’s still rough around the edges, but has a nice intro assignment: Solve the maze. Here’s my solution which should work for simple mazes. It’d be nice to change the maze around or to save your code, but these features are not yet implemented. 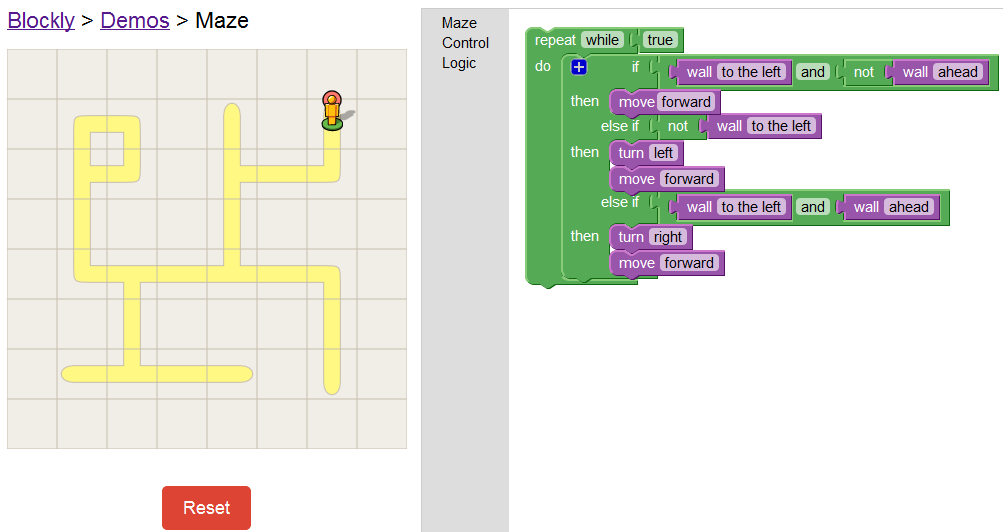 Here’s an example for the blocks being translated into nice pretty Python code. Awesome. I’ll use this an an intro to text-based languages next year. 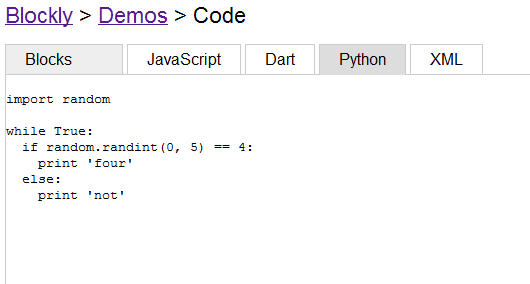 The thing that worries me about Blockly is the usual stuff with Google. Will it be developed or will they let it die on the vine? Will it be dropped after a couple of years because the developers found a shinier toy to play with? Oh well.

This entry was posted in interesting stuff and tagged computer science, google, python. Bookmark the permalink.

One Response to Google Blockly