This is the second in a series of four posts that describes my favorite things that I’ve done in the classroom to improve my teaching. The first post on Course Evaluations can be found here.

On my classroom photo blog, photo180.recursiveprocess.com, I’ve written a LOT about my class’s whiteboard use. In this post I’ll share and expand on what changes have happened in the classroom because of the shifts towards whiteboarding and better furniture.

There were two kernels to the start of the use of whiteboards in my classroom: Frank Noschese’s The $2 Interactive Whiteboard and Alex Overwijk’s Vertical Non-Permanent Writing Surfaces and Visible Random Groupings. (VNPS and VRG). 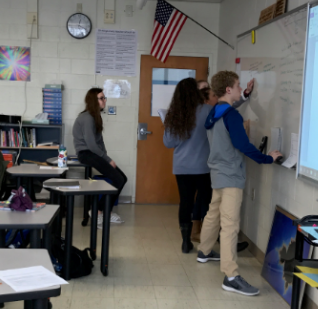 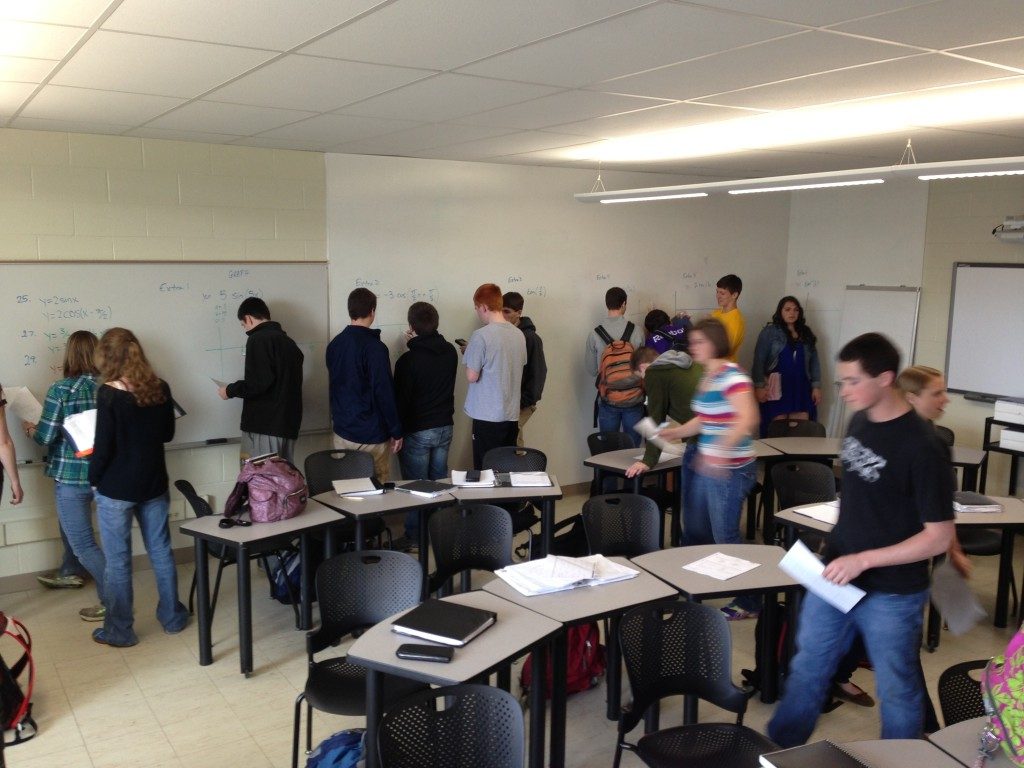 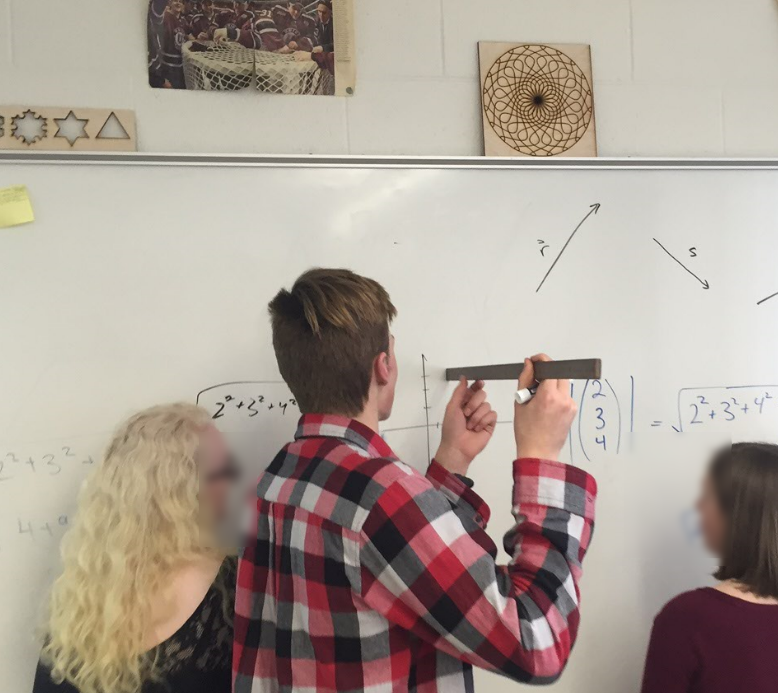 Peter Liljedahl has done research on the use of VNPS, and some of it can be found here. Here are some things that I’ve noticed after my class has changed over to working on problems on whiteboards (standing or seated).

I’ve really enjoyed using VNPS to both challenge students with stronger knowledge and support those with less understanding. Confirming some of the research, I’ve noticed a massive positive shift in my classroom when I’ve changed to this kind of work in class. It’s been important for properly challenging students who have less understanding on a topic because they are more willing and able to jump into a problem that they would have struggled with by themselves. They have a built-in support system of the teacher, but more importantly they also have a support system with their partners who might have more understanding in a topic. Their partners can explain things in new and different ways compared to a teacher because they themselves have just learned the topic, as opposed to relying on the teacher who learned the topic before they were born!

The other important part of Liljedahl’s research is the use of randomized grouping. Because the groups change based on a transparent and random nature every two weeks, every student gets the opportunity to work with just about everyone else in their class. Students who have more understanding need to effectively communicate their thinking to a peers with slightly less understanding. As anyone who has taught someone else knows, you often don’t truly understand a topic until you can explain it to someone else.

This is a subtle thing, but after being in a room with tables and chairs that move around easily (and can be separated), I think I would have trouble going back to a room of these: 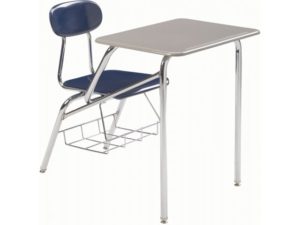 It’s been very freeing for the encouragement of group work to be able to quickly go to “battle stations with whiteboards” (although this picture doesn’t show whiteboards, it’s the only pic I could find) 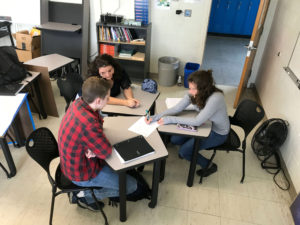 If they’re looking at the projector screen (or often if they’re doing problems on the seated whiteboards mostly by themselves) then we’re in this setup: 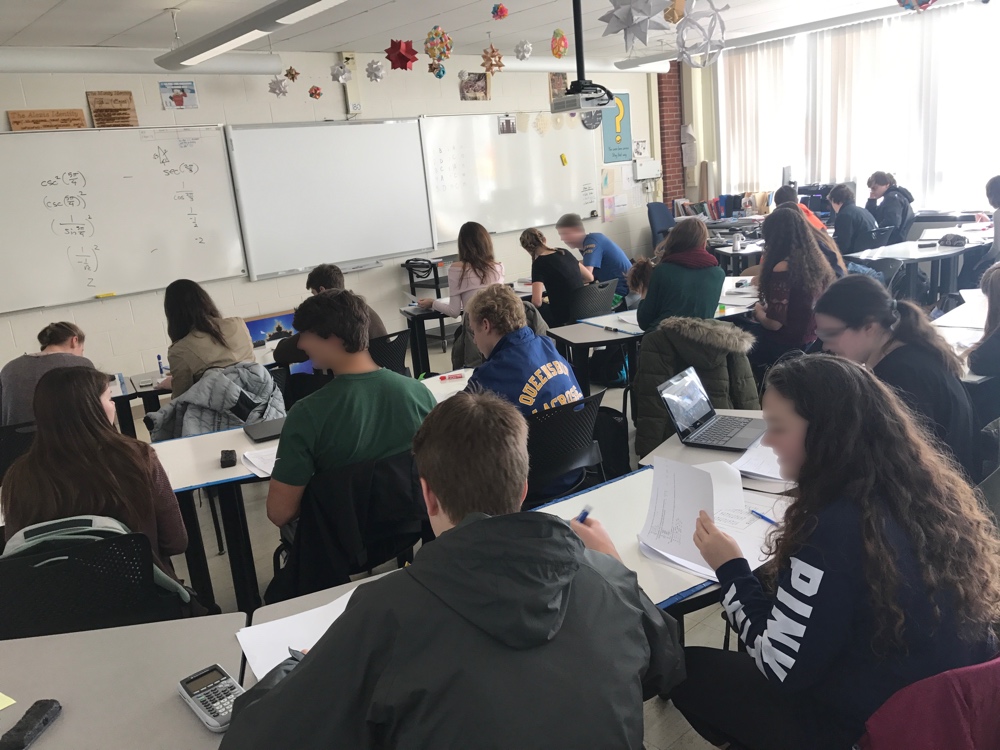 I’ve tried groups of 2 and 4, but have settled in on groups of 3 after their written feedback asking for their preferences.

You probably have much more control over the first of these two changes, but both of them have been very nice shifts to my classroom. For those who have played with either of these two classroom ideas, what have you found to be helpful? What are the next things that I should try with regards to whiteboards or furniture?

One Response to Classroom Top Four – #2 Whiteboards and Furniture